I made this painting after one of my visits to former Nazi concentration camps in Germany, Austria and Poland.
This scene is from the Majdanek Death Camp at the eastern Polish border near the town of Lublin. At least 75000, mainly Jewish prisoners have been murdered here, though other sources estimate the number of victims to 300.000.
I painted this expressing my feelings about what I saw, and I decided to cut away some wires and let some shoes float up into the air, as an expression of hope for the future, though I know there was no hope at all for the victims of these gruesome acts.
The painting I made is now part of the Westerbork Memorial Site collection.
I’ve been hesitating long if I should recreate this painting in virtual reality or not. Most scenes made by VR artists are made for fun, often depicting comic figures, fantasy monsters etc. After all the Tilt Brush program I used to create this is also sold as a game. I cannot describe what I felt standing in front of those piles of thousands shoes, in all kind of sizes and all kind of colours. Words cannot describe it, neither can images or virtual reality. It was an unimagineable reality…
I want to create something different however, so I decided to do this.
The originale Tilt Brush file will be available free for download in march this year, so people with a HTC Vive can experience this themselves. 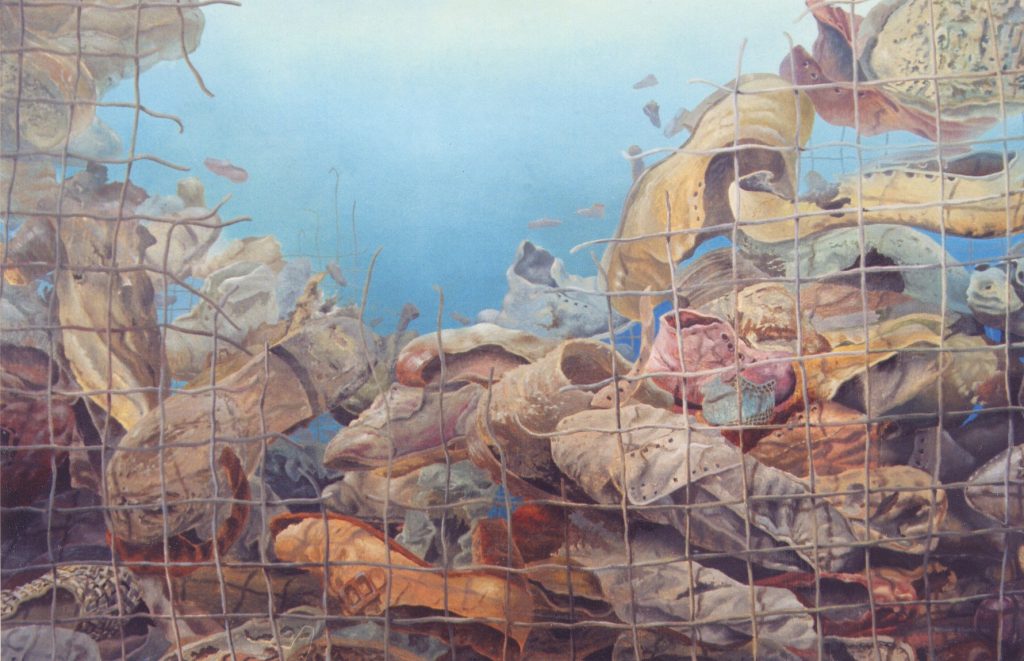